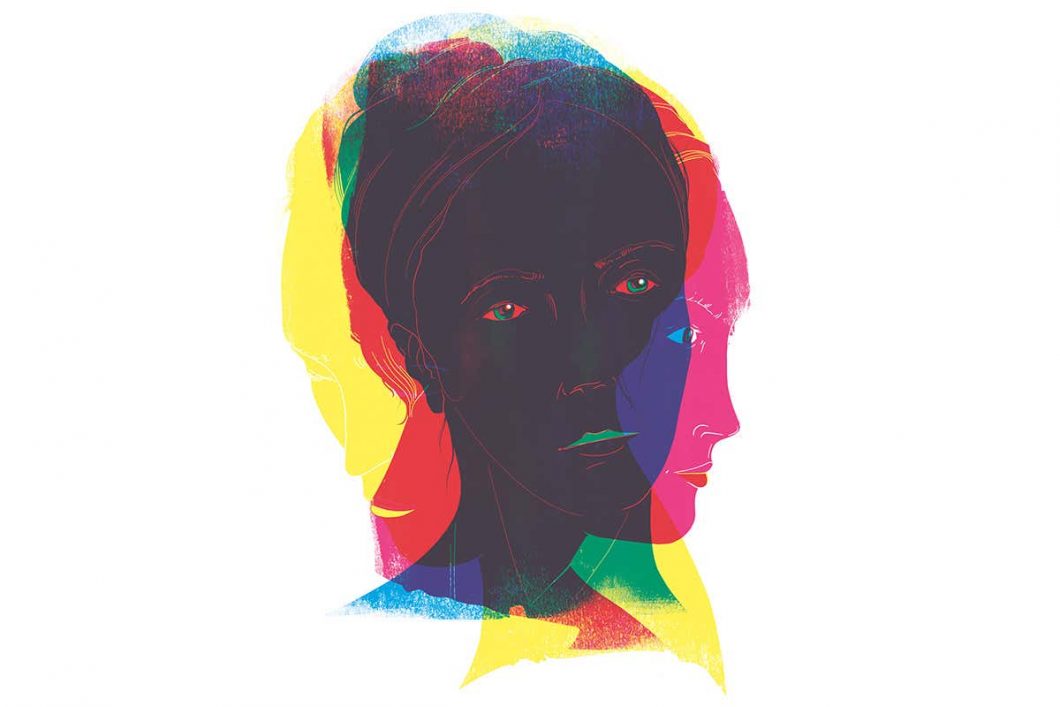 I decided to take my first Enneagram test when I was 18, under the pressure of my peers who had just begun to delve into the complex world of Enneagram. I tested 4w5. When I started working, I had to take another Enneagram test. Imagine my confusion when I got 6w5. Out of curiosity, I tested myself again a year later and got a 5w6.

If that sounds like what you went through, you’re not alone. One of the consistent controversies surrounding personality assessments is their seemingly flip-flopping verdicts. That’s why some people dismissed personality tests as pseudoscience and refuse to accept it. Some tests, like MBTI, suggest that your type changes because of personal growth. Some others, like Enneagram, declared that you don’t ever change your type.

Why Can’t You Change Your Enneagram Type?

Enneagram dictates that our personality starts developing in our infancy. Parent involvement, attachment styles, our innate disposition, our environment are just some of the many factors involved in the development of our personalities.

Because we start our personality development so early in life, these patterns are deeply ingrained within ourselves. But, we do manifest certain traits from different types in different situations. This could be because you see certain traits as better or that your environment necessitates the change. But that doesn’t mean you change yourself at the core, which is what Enneagram is about.

The fundamentals of Enneagram are your fluctuation between your levels of development, which is different in every situation you are in. You naturally manifest healthy and unhealthy behaviors of other types as you move along these lines of development and within the Enneagram circle. That’s why from time to time, you’ll feel like you have changed your type.

Other Reasons for Different Enneagram Results

Enneagram encourages you to be as honest as possible when answering the questionnaire, but you can’t avoid the greatest unreliable narrator – yourself.

Most personality systems rely on self-reporting. You determine if you are closer to an outgoing person, or if you are often creative. This exposes you to self-reporting bias, where you subjectively feel like you’re one type or the other.

Sometimes self-reporting bias comes from who you ideally want to be. Although we all try to be as truthful as possible, we all have something we strive to become. The effort we put into being that person might put us in a blind spot where we can’t objectively see ourselves. When we do the Enneagram test, we might put an answer that doesn’t reflect reality. I know I’m not the only person who has marked a ‘partly’ in most questions because I don’t see myself as being complete ‘yes’s or ‘no’s.

As you learn more about yourself in life, you learn that your assertiveness can come across as aggression, or that your perfectionism roots in your expectations of others. This boils down to how self-aware you become and how open you are to your strengths and faults. When you can be honest and confident with yourself, you can reduce the self-reporting bias and type yourself correctly.

Have you ever heard of ‘Fours are brooding creatives’, ‘Sixes are loyal spouses’, or ‘OMG you’re such a Nine’? You’re not the only one.

Many people are drawn to personality systems because people naturally use mental shortcuts. Stereotypes work well in this way because it’s a quick and simple statement that sums a whole person without having to put more thought into it. We try to line our behavior up to the stereotypes of a certain type because it felt more like us. The problem with this is that we often identify with more than one stereotype because humans aren’t black and white.

This is because Enneagram isn’t just a cluster of traits glued together to describe a type of person. It’s a complex and dynamic system that attempts to pinpoint our basic emotions and motivations. It delves deep into our unconscious patterns – those that we can’t immediately see – to determine who we are. Sometimes, our Enneagram types even deploy defense mechanisms to protect our fragile perception of our identity.

So How Do You Type Yourself Properly?

Typing yourself correctly takes a lot of effort but comes with substantial rewards. By learning what your patterns and motivations are, you learn to take a step back to evaluate the situation instead of reacting blindly. You learn how you fluctuate between stress and growth, which allows you to stop a vicious cycle of repeating past mistakes.

Enneagram is governed by internal feelings of fear, anxiety, and anger. Each of the nine types is driven by different feelings. For example, Sixes are driven by the anxiety of being alone, so they strive to be as outgoing as possible and build a secure network of trust. If you look at the overt behavior, you might type them as the egregious Seven. But look deeper and you’ll see the truth.

To properly identify yourself, you have to look within yourself to see what emotions you are driven by. Your overt behavior might tip you off about certain fears that you are feeling, so use that as a starting point. Reading about the motivations of each Type helps as well because humans aren’t just motivated by one type of emotion.

Instead of lining up your behavior to fit the narrative, you can use Enneagram to see what you identify the most with. Which emotion stand out the most to you? Which emotion feels the most unbearable to you? By the time you figure that out, you would have understood a lot more about how you operate.

The journey to self-awareness through Enneagram is a long and arduous one. But to fully realize our potential, we must soldier on, especially when we’re not sure who we are.