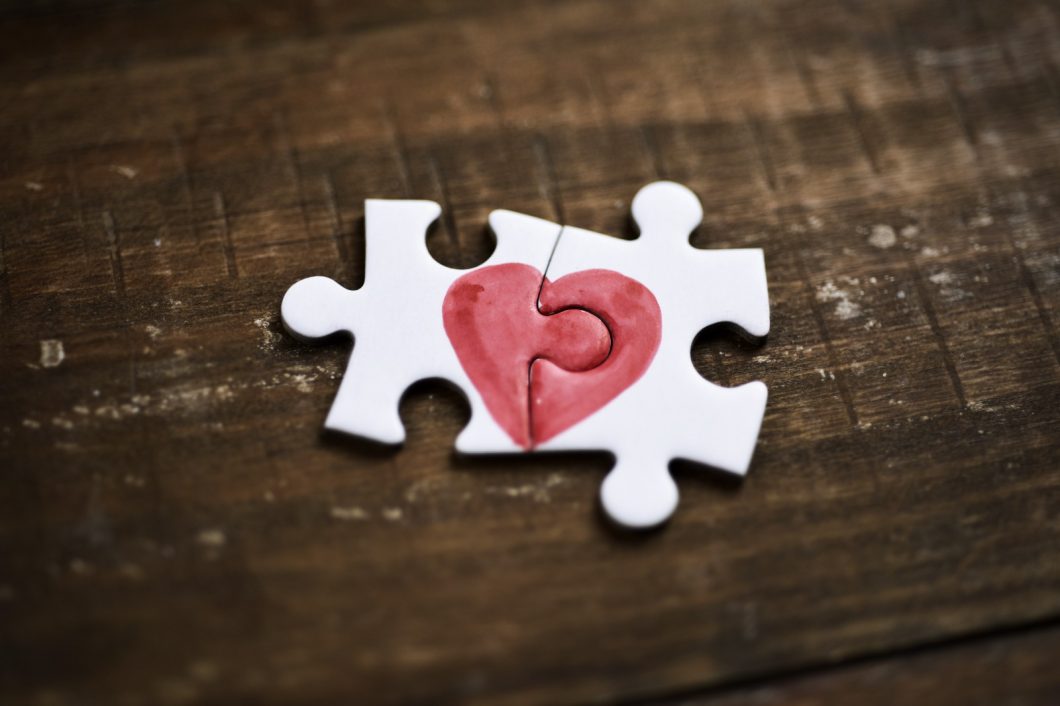 There’s a reason why first dates consist of basic questions like what’s your hobby or are you interested in politics, or what would you bring if you’re stuck on a deserted island – all these questions give you a glimpse of your date’s personality. Compatibility based on personality is usually where we start when we’re searching for our one true soulmate.

If only there were a concrete framework where we can simplify the complexity of personality. Oh, wait.

Using Enneagram in dating is like using a cheat sheet to achieve one of the toughest goals of life – finding a person to share your life with. That’s why relationship pairings are inevitably one of the most asked questions when it comes to Enneagram. For a lot of people, improving themselves comes with the added benefit of sharing that improvement with someone.

Enneagram advocates for self-awareness and deliberate action for growth. In all honesty, if you’re self-aware, you’ll probably get along with the eight other types just fine. There are other factors to consider as well, like health level and instincts of the other person’s type. That being said, certain types do work well together if they are at a good level of health and openness.

It sounds like a horrible idea to pair the highly principled One with the carefree Seven, but what seems like a recipe for disaster might just turn out to be the best thing ever. One’s ideals about the world often set them back in terms of socialization, since they have the tendency to criticize themselves and other people harshly. Sevens, on the other hand, are bubbling with life and are often the most sociable of them all.

As opposed to Ones’ methodical nature, Sevens tend to decide things on the fly. They offer a life of wide-eyed excitement to Ones, a prospect that Ones might be hesitant on accepting in the beginning. But if both One and Seven are at the healthy level of their Type, they complement each other with their differences. Ones help Seven to keep on track with their goals and desires, while Seven help One see the brighter, more fun side of life. As long as their fundamental goal in life is the same, they can be highly supportive of each other.

Again, it sounds like a horrible idea to pair the gentle Two with the combative Eight, but these two types actually have more in common than they think. Both these types act on their words and strive to do the best for their environment and themselves. Contrary to Eight’s tough exterior, they often harbor sentimental and deep feelings towards other people, much like Two.

For someone that could be easily taken advantage of, Twos desperately need someone strong in their corner. Eights take up the responsibility because they recognize the self-sacrificial nature of Twos and Twos’ genuine appreciation for Eights’ efforts and strengths. Because Eights’ goal-oriented nature and Twos’ people-oriented nature doesn’t align, they don’t get into each other’s way in life. Instead, they find ways to appreciate one another and to become one another’s best supporter.

Both these types are exuberant, high-energy, and enthusiastic about life – a great recipe for a good relationship. Both are stimulated by interactions they have with people and they are both great communicators.

In addition to that, Threes and Sevens different approaches to life complement each other as well. Threes are much more polished and ‘adult’ in their approach in life, which grounds Sevens when they become too reckless in their pursuit of adventure. Sevens bring a sense of wonder and childish fun to Threes, which in turn teaches them to not be too overly concerned with failures and shortcomings. With a focus on attaining a great life, they both feed off the other’s egregious energy and often becoming a power couple that sparkles with the joy of life.

Fours and Ones have a common goal of making the world better – Ones in terms of ideals; Fours in terms of beauty. Both see the world for what could have been; for the potential that lies within.

That being said, both of them deal with the disappointment and frustration of unmet ideals differently. Fours tend to brood and go over their multiple layers of feelings to get to the bottom of why things don’t work out. Ones, on the other hand, deal with the disappointment by lashing out blindly, a trait that demonstrates a lack of understanding into their own emotions.

When Ones and Fours work together as a couple, they offer each other their strengths to compensate for the other’s weakness. Ones give Fours objectivity to sort through their confusing feelings, while Fours give One the insight needed to deal with the seething anger that always seemed to be bubbling in Ones. When they appreciate the other’s strength, they often balance each other out and bring out the quality that each lacks.

Both Fives and Sevens appreciate the other’s quick mind, ideas, and most importantly, love exploring. Although they give out different energies, Fives and Sevens can have a reciprocal relationship grounded in the pursuit of deeper meanings and stimulations.

Exploration is a huge theme in a Five/Seven pairing. Fives love exploring the mind and gaining new knowledge of the world. They provide deeper clarity and meaning to Sevens so that Seven doesn’t abandon their goals over the next distraction. Fives also tend to be more practical than Sevens are in life, which in turn helps provide practical resources to Sevens to fulfill their need for adventure.

On the other hand, Sevens’ adventurousness in the mind and spirit opens up many opportunities for Fives to explore. They encourage Fives to step out into the real world and experience things instead of merely knowing. Sevens also help the socially-awkward Fives to navigate social settings. With a mixture of different attitudes towards life while maintaining the same focus in exploring, Fives and Sevens can be a power couple that is both adventurous and intelligent.

Sixes and Nines want the same things in life – stability, security, harmony, and predictability. It’s one of the most common and stable pairings in Enneagram. Both Sixes and Nines tend to gravitate towards moderation. They don’t really seek out much, as long as their needs are fulfilled.

As a Six/Nine couple, they need to have goals that mostly mirror each other. They don’t need much to be happy, but they need to know that their partner has their back, which is why a Six/ Nine pairing works so well. Sixes are skeptical and questioning, but they are loyal to a fault when their partner proves their worth. Nines know that, and they repay that loyalty with silent optimism and unrelenting trust. They grease each other’s wheels, slowly helping their partner see that everything is okay (Nine) and pointing out potential blind spots that Nines might have missed (Six). Nines and Sixes don’t need to crowd with others when they’ve got each other. They’ve got each other, and that’s enough for them.

Commitment is often the issue with Sevens – why settle when there’s a better opportunity around the corner?

Fortunately, Sevens are not completely insatiable in their pursuit of excitement. They need someone who can stimulate their minds with grand schemes and ideas that they couldn’t think of. Fives provide invigorating conversation that inspires Sevens, while Sevens provide snippets of their adventure to feed Fives’ need for knowledge. When they work together as a couple, Fives ground Sevens by giving them the insight to deepen themselves and their interests as well as committing to things until they pay off. In return, Sevens’ exuberance nature gives Fives a case study that maybe living a little more recklessly isn’t so bad after all.

Eights are so used to masking their emotions that they don’t know how to open up to other people. But when they are with Twos, they understand that Twos won’t take advantage of their vulnerable side. They often bask in the adoration and appreciation provided by Two and returns this affection by showing their vulnerability to Two and protecting them.

Although an Eight/Two pairing is a great complementary pairing, they must constantly be aware of where they stand with each other. Mutual respect is an important part of this relationship; as it is for any relationship for the matter of fact. Eights can become very abrasive when they lose respect for their partner. They might start viewing Twos as insincere or manipulative. Twos would try to offset this by apologizing for Eight’s destructive behavior, which only fuels Eights’ combativeness.

The Nine/Three pairing is a fairly common pairing. Even though Nines doesn’t strive towards leaving an impact in the world, they are highly appreciative of Threes’ hard work and achievements. Most importantly, with Nines, Threes feel like they are loved and appreciated for who they are, not what they did.

Threes can offer similar support for Nines in different ways. They encourage Nines to move forward in their lives with purpose and excitement since Nines tend to be complacent and stagnate. In addition to that, Threes also help Nines realize their inherent self-worth and help them develop themselves further.

Have you ever been part of these Enneagram pairings? How did it work out? Tell us in the comments below!