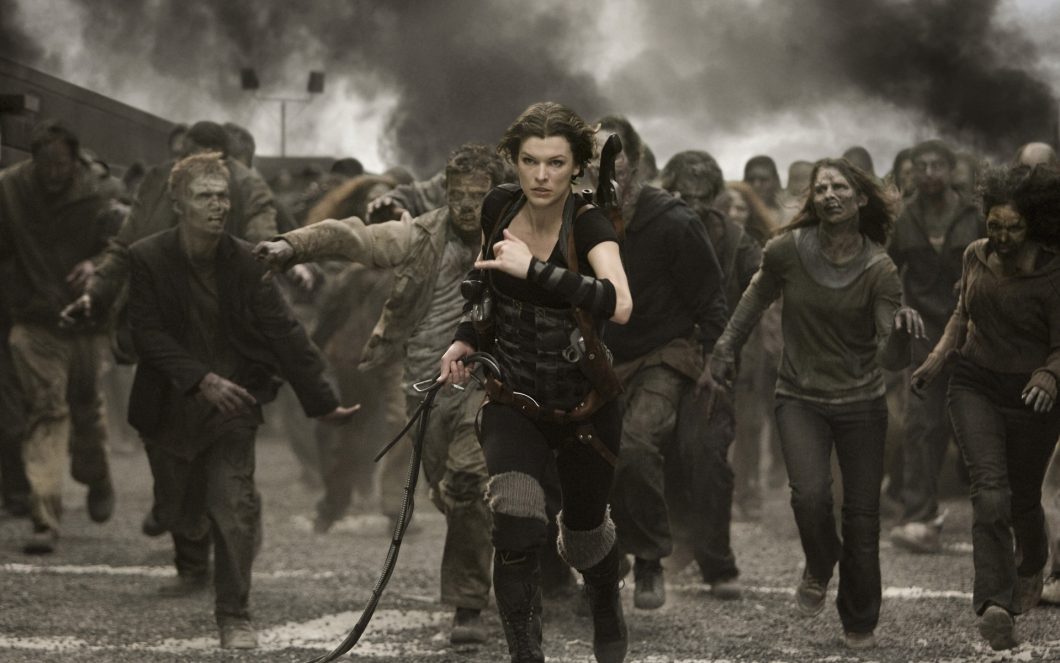 A zombie outbreak just happened in your sleepy little town. Before long, you find yourself barricaded in your house with a bunch of braindead friends and family shrieking for your brain on the other side of the door.

What will you do?

Apocalyptic and dystopian movies show great insight into a person’s psyche. People are often under a lot of duress in these movies since survival is the most important thing. Despite characters banding together to make the best out of a horrible situation, their survival depends on a lot more than just wits and race (we’re looking at you, Hollywood!).

Have you ever watched an apocalyptic movie and instantly know who’s going to die? Personality plays a big part in the survivability of the characters. Some characters are brawnier than others; some smarter. Some cope well with stress and brings to the group a “c’mon-we-have-to-get-through-it” attitude while some cower in fear. So, how are you going to survive in this world of chaos? Have you got what it takes?

The Perfectionist’s inner moral guidelines could be either great or horrible in this scenario.

Your mission in a zombie apocalypse is to make sure everyone makes it, even if you find a traitor. Faced between a difficult decision to abandon the traitor or to keep him alive, the Perfectionist will almost always make the more noble choice. Meaning, you’ll probably keep him around because it’s the right thing to do.

That being said, Ones are great leaders who could inspire and lead. Your incredibly well-organized nature makes sure that the little food and supplies the group has been kept safe. Your penchant for fairness also ensures that the supplies go to people in the group equally, squashing any squabbles about food effectively.

Verdict: Likely to survive if you don’t get backstabbed by your act of justice.

The Caregiver is the motherly/fatherly figure that provides emotional support when no one else can. When other people are feeling hopelessness and despair, you provide a beacon of light and hope to them.

You’re also most likely the person who’d throw yourselves in front of a zombie to save the others. You’ll be the person that everybody mourns because you genuinely hold the group together with your kindness and warmth.

Verdict: Everybody will miss you for your generous sacrifice.

It’s sad to say that most of your previous achievements will probably not matter in a zombie apocalypse.

Your previous successes in life will determine if you survive this plague. If you’re a classic Three whose head is wrapped up with how much money you’ve made, you’ll probably not last very long. After all, smug businessmen are the first ones movie makers kill off to make a point.

However, if you’re a healthy Three, you will quickly find yourself among the inner circle of decision makers in the group. You’re adaptable, self-assured, and quick-witted – all traits that survivors look up to. Make sure that power doesn’t get to your head and you’ll easily bring your band of misfits to safety.

Verdict: Likely to survive because you’re basically the main character in the movies.

Your artistic and sensitive nature is a double-edged sword. On one hand, because you’re so familiar with the dark side of life, your quiet strength in the face of adversity could serve as a calming presence among your fellow survivors. On the other hand, your heightened emotional sensitivities might not sit well with others.

Whether you survive this horrible ordeal or not entirely depends on if you’re able to connect with other people. Since Fours draw strength through emotions and feelings, they tend to withdraw into themselves when things get tough. The fact that Fours are highly independent doesn’t make things easy for the group. It might be tough for you to follow orders that don’t align with how you feel at the moment, even though it’s the best for the group. Before you know it, that hesitation might be the last feeling you feel before a horde of zombies chomps your head off.

Verdict: 50/50 depending on how well you connect with others.

Your inventive nature brings so much to the table in a world that’s severely lacking in resources. Not only will you be able to make cool weapons that help ensure everyone’s survival, but you’ll also be integral in helping everyone find a safe haven at the end.

Unlike a lot of other survivors who only think about immediate dangers, you’re intrigued by the post-apocalyptic world. A true scientist through and through, thinking about hows and whys of the world gives you a reason to go on. You’re not short on intellect – far from it. As you immerse yourself in thought, new connections and patterns emerge to help you (and others around you) to make sense of everything that’s been going on. Perhaps towards the end of your journey, you’ll even have a lightbulb moment and end this miserable undead hell for good.

Verdict: You’ll probably survive due to your ingenuity, intellect, and how much other people depend on you for information.

Nobody ever has to worry about you being the backstabbing, self-preserved buckethead.

Like the Caregiver, you’re part of the reason that holds everyone together. In a world where trust is a limited commodity, you’re really good at weaving a blanket of trust among people. You make people understand that trust and support is needed going forward in these trying times.

Despite being a big supporter of group decisions, you think a lot – maybe a little too much. Looking at different sides of the coin helps you see what could potentially go wrong, and might alert the bigger decision makers in the group to think their plans through. You have a great deal of influence over the group, but you might quickly lose it if you go a little too far with imaginary worst case scenarios.

Verdict: You’ll make it if you’re not ostracized for your overthinking. Otherwise, good luck surviving by yourself.

Enthusiasm is not something anyone wants in a zombie apocalypse, but it’s definitely something that everybody needs to themselves going.

As an Explorer, your enthusiasm gives you an edge. People look up to you as the source of energy. Although you’re not quite a guiding spirit, your ability to react to situations on the fly reassures other people of your resourcefulness. You make others feel safer and more optimistic in the face of terror.

Your tendency to try everything helps your group eliminate possibilities. But at the same time, this might put you in danger and you might quickly lose the support of those who are less courageous than you are. Using the ‘tried and tested’ measure might also push you to make some reckless decisions, which might be the death of you, literally.

Verdict: Based on your quick adaptability and a sharp mind, you’ll probably make it.

You’re the gun-wielding badass in the whole group. You will not hesitate to shoot down raging zombies to protect yourself and the group if need be.

Combative and straight-shooting (literally and figuratively), you’re not one to shy away from battle. Not because it’s bloodlust, but because you have to. Your tenacity and toughness help you make tough decisions for the betterment of the group, even if it’s a controversial decision.

At the end of it, survival is your goal and you’ll do anything it takes to make sure it happens. You don’t mind playing the bad guy when you need to and your natural commandeering presence is appreciated, especially in a group with a lack of directions.

Verdict: You’ll live, with or without anyone.

The Diplomat would be the first person to jump up when the group is having a conflict. You are the peacekeeper between two strong leaders, or two hungry group members fighting for a piece of chicken. You work hard maintaining the peace within the group, which is detrimental in ensuring the survival of everyone. After all, you can’t fight zombies if you’re fighting among yourselves.

However, you must also draw strength from other people in order to survive. Your tendency to “numb out” and retreat into your mind is not a good combination in a chaotic world. If you can overcome that, the deep connection you have with others and your ability to see the best in everyone will keep you alive.

Verdict: You’ll be alive in the real world if you can get out of your mental one.

A zombie apocalypse is nowhere to be seen in the near future, thank goodness. But just like any tough situation in life, it relies on the way you process your environment and the way you choose to react to them. It is, by no means, a definitive way of doing things, but looking inward into how you react to situations based on your personality is definitely a good place to start.

Do you agree with our verdicts? Tell us how you’ll survive the zombie apocalypse in the comments below!