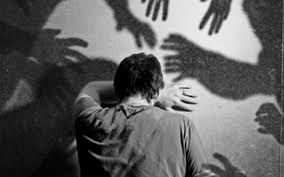 Nobody likes being scared. The truth is, though, everybody is scared of something.

Enneagram is a personality framework that helps pinpoint behaviors that make people tick. It’s designed to help people understand themselves and other people as well as how certain emotions help drive behaviors.

Understanding what your core fears are is immensely useful in your journey to grow into the best human being you could be. Fear drives human responses and compels us to do things we normally wouldn’t do. By understanding your fear, you get a glimpse into why you react differently under stress. Maybe you can even start to not blame yourself for reacting to certain things that scare you.

If you haven’t already, take our free assessment to find out your Enneagram type. Now, let’s dig into the realms of your mind and your deepest fears!

Type One (Perfectionist): What if my ideals are wrong?

Ones rely heavily on their inner moral compass. This is how they know if they’re on the right path or if they’re doing the right thing. What if what they thought to be virtuous turns out to be corrupt?

In an attempt to be useful to the world, Ones often try their best to reform the world or the environment that they are in with their moral values and belief system. They would often persuade other people to join a cause or to see the error of their ways. But they know that this depends on how healthy their inner guidance is. Because they monitor themselves so closely, Ones risk being out of touch with reality and before they know it, they’d lose the idea of right and wrong. This is the underlying fear of Type Ones.

Type Two (Caregiver): What if I will never be wanted?

Twos secretly fear to be unwanted or loved. This is probably why they are often the first to volunteer when help is needed. Some unhealthy Twos will even go further to say that there’s nothing inherently good about them to love, so they overcompensate with helping others.

In their logic, offering help makes them indispensable to other people. Twos struggle with strong feelings of worthlessness and would always want to prove their worth by offering help, no matter how self-sacrificial or invasive it is to the other people. You can even argue that Twos help others to help themselves. By being indispensable to people, they won’t ever be abandoned, right?

Type Three (Medallist): What if it’s all fake?

Threes have imposter syndrome written all over their face.

They are constantly driven to fulfill expectations and beyond, which is why they work so hard all the time. Sometimes, those expectations come from themselves; sometimes from other people. Regardless, Threes will try hard to be the person, the champion, they are expected to be.

Deep down, they don’t believe that they’ve done anything worthwhile. They constantly struggle with propelling this sense of worthlessness into achieving something great. This motivation might also make them feel like their “faking it”. Sure, they are constantly being applauded for how well they are doing. But regardless, they believe that someone will eventually see through their façade and see the worthless person residing inside.

Fours highly value their individuality. Their identity is rooted in the fact that they are their own individual, unique and one-in-a-million. And they’d go to lengths to prove that they are indeed different from everybody else.

Behind this strong individuality, they fear not being special enough. They fear that what they are doing is just an expression of what others have done in the past. Therefore, they constantly shy away from normalcy and routine. They rationalize it as rejecting the convention and moving towards uniqueness.

But at the same time, Fours fear to be too much. In their pursuit to be an expressive individual, they fear alienating everyone that they care about. Deep down, they want to connect with other people and their expressiveness is a way to do that. They are highly astute observers, and they often realize that their internal conflict between the need to be special and the need to connect.

Type Five (Detective): What if I’m not enough?

Fives want to feel competent and able to take on the world. To do that? They have to equip as much knowledge as possible about the world. That’s why they constantly learn and seek out new information.

But underneath that thirst for knowledge, they secretly believe that they aren’t capable of dealing with the external world. Their pursuit of knowledge stems from deep insecurities about not being able to function properly in the world. They tie their self-worth to their ability to perform. If they are not able to answer the question, then what’s the point?

When they are confronted by facts that don’t align with their bank of information, they retreat into their minds to regroup. Their minds are like a safe haven where they feel safe and capable, but it’s also a place for them to assimilate new information. While they are processing, they are prone to withholding emotional energy and deflecting blame onto others for their self-perceived worthlessness.

Type Six (Strategist): What if I end up alone?

Sixes are immensely loyal to people and ideals that they think is worth following. However, this came from the underlying belief that they can’t survive without other people or external structure. To compensate for them, they rely on external guidance, such as friends or authority. In their minds, if they don’t know what to do, following what the majority does is probably a better idea.

That’s why fundamentally, Sixes are afraid of being alone. Without external support, they don’t feel like they can move on confidently in life. Sixes’ anxiety makes them believe that everything can go wrong will go wrong, which is why they are skeptical of people before committing to them. Security is incredibly important to Sixes, but they don’t know when to stop relying on other people while not being able to rely on themselves. When they are vulnerable, they can easily spiral into a dark void where they feel like they’re worthless and alone.

Type Seven (Explorer): Who am I?

Fear of missing out is a Seven’s middle name. They’re like Doug in “Up”, who gets distracted by squirrels often in the middle of a sentence. An Explorer thrives on new experiences and ideas, so it makes sense that they are afraid of running out of exciting and stimulating opportunities.

Sevens, like Sixes, have deep insecurities about internal guidance. Since Sevens are pulled into different directions by different things at once, they rarely get the opportunity to sit down and think about themselves internally – not that they’d want it anyway. Sitting down and mull over what’s in their minds force them to confront what’s inside them. But deep down, all they want to be is to be content and happy.

Type Eight (Fighter): Will I get hurt?

Eights are the true individualists of Enneagram. They resent being controlled or manipulated and would fight anyone who threatens their autonomy. They are tough cookies on the outside, but softballs on the inside – more than anything, they fear emotional pain.

To avoid feeling pain, Eights would keep people at arm’s length. Keeping a distance from people allows them to make sure that they are not manipulated in any way and to avoid being hurt. But deep down, they want to have a connection with other people and to share their vulnerabilities. The problem is they can’t bring themselves to trust other people because of the risk of hurting. So they harden themselves and toughen up. They project themselves as a tough guy and show aggression when provoked. Soon enough, they find themselves alone and that validates their belief that no one could be trusted. It’s a vicious cycle of self-sabotage – now they truly believe that they’ll get hurt “trusting” someone while keeping other people away from them.

Type Nine (Diplomat): What if I disconnect from other people?

Nines are the peacemakers of the group. They make sure that peace and harmony are not disturbed wherever they are. They work so hard to maintain that because that’s what they want deep down.

But in reality, Nines are afraid of being disconnected from people they care about. They don’t like to deal with conflict and tension, and would rather go along to make sure that everyone’s happy. They forget themselves, their goals, their ideals, hopes, and dreams, just to make sure that the external peace is not disturbed. This is detrimental to their mental health because internal peace is just as important to them as external harmony. So, they resort to numbing out and going to their happy place to forget anything ever happened.

Do you agree with what we think your deepest fears are? Share your experience in the comments below!